I hope you all had a fabulous and eventful New Years!

Mine was spent with friends and champagne 😉 But that being said, I am so ready for a brand new year. I am currently unemployed (sad face) but I already have so many plans for 2016. One of which includes my own business but we’ll keep that our little secret for now hehe

In between applying for jobs and countless Netflix binges, I’ve found some time for some pretty cool adventures! So I am proud to present my first post of the new year…the Jim Morrison Cave!

Located in the hills of Malibu, the Jim Morrison cave is well hidden at the top of a mountain. I actually found out about this hike through Instagram so I packed up my bag, grabbed a friend and trekked my way up to Malibu.

I made sure to check Yelp before we got there just in case we had no service (which we didn’t in some spots). The whole hike is actually pretty short, which was a little disappointing but the cave definitely made it worth all the traffic we sat in.

Heading north on PCH, you want to make a right onto Corral Canyon Road in Malibu. This will take you up a very windy road all the way to the top of the mountain. Once at the top, you’ll hit a dead end dirt road with a parking lot and you’ve made it! 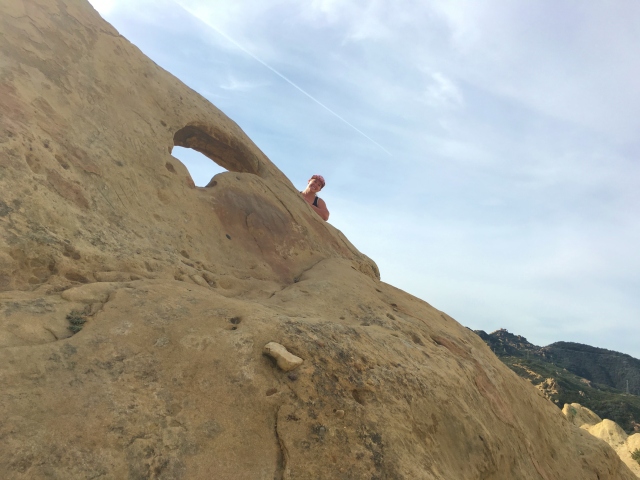 There are a couple different routes you can take from here, but to get to the cave you want the trail at the back of the parking lot (near where the dirt road begins). If you’re going towards the big, crazy looking rocks like shown above, then you are going the right way!

From here you take about a 15 minute hike over the rocks and dirt where you will eventually end up at the meditation circle.

It’s really cool that something like this is able to be upkept without people ruining it. I even added my own little rock to the spiral for good luck.

I’m sure there are other places to explore once you reach the mediation circle but that is where we decided to stop. The cave will actually be behind you once you get to the meditation circle and finding it is part of the fun. The day we went, we actually heard people blasting music from the cave so we were able to find it pretty easiliy. Simply look for the boulders with graffiti on them and you’ll know you’re in the right spot.

The entrance is actually known as the ‘birth canal’, most likely because it is a very narrow opening resembling a vagina. I even had to take my backpack off to fit through it just to give you an idea of how small it is. You’ll be able to see the pink paint to know you’re going through the right spot and you will emerge inside the cave!

I’ve read that the cave itself didn’t use to be pink until recently. As much as I love the pink, I would’ve liked to have seen it before it was painted. The artwork on the walls is truly interesting. With everything from inspirational quotes to submarines to the Cheshire Cat (my personal favorite), there’s such a variety. I almost wish I would’ve brought a Sharpie just to leave my mark!

We were lucky enough to go on a Tuesday when there were very few people so we got about 15 minutes all to ourselves in the cave to take pictures! When more people began arriving, we decided to head back to the car and drive back down.

I live quite far from Malibu and we knew we’d hit rush hour traffic coming back, so we decided to stop in Santa Monica first and watch the sunset from the pier.

This turned out to be an awesome decision because the sunset was spectacular that night! So many colors and it wasn’t even that cold out. We played on the swings like kids for awhile then moved to a lifeguard tower to watch the final moments of the sun.


I very rarely make it all the way up to Santa Monica so I’m very happy we stopped here for a bit. I will definitely be coming back up for a day trip to adventure around a little more. After stopping for food on the way back, it took us about two hours to make it back home.

If you are looking for an easy hike with awesome views, I would choose this one!

Thank you Instagram for showing us such an awesome hike! 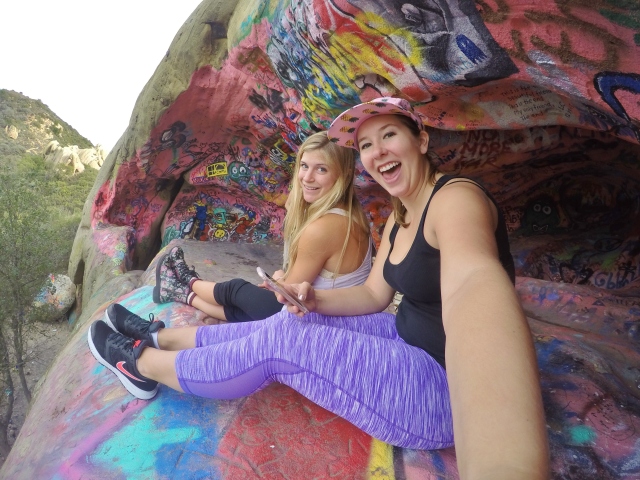 Aloha Madz was founded by self-proclaimed beach bum and Southern California resident Maddy aka Madz. With a love of photography, writing and social media, Maddy put her efforts into creating a blog that would share it all!